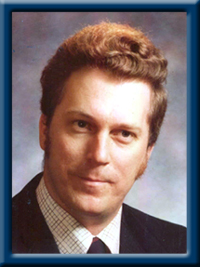 CUSHING – Michael R., 77, of Liverpool, Queens County, passed away peacefully in Ryan Hall, Bridgewater, on Wednesday, September 22, 2021.
Born in Halifax, Michael was a son of the late Alexander and Hilda (White) Cushing.
Michael worked for Gow’s Frig-Air in Bridgewater for many years. He loved sports especially curling and his favorite hockey team was the Toronto Maple Leafs. He loved home cooked meals especially his late wife Geraldine’s Spanish rice and he and Geraldine loved to camp and travel in their younger years. He enjoyed spending time with his family especially his grandchildren and great grandchildren and was known for his patience.
Michael is survived by his daughters Wanda (Earl) Westhaver of Milton; Stephanie Francis (Cyril Sunderland) of Western Head; Sherry Bristol (Jason McWhirter) of Bridgewater. His son Glen (Lisa) of East Port Medway and a number of grandchildren and great grandchildren. His sister Shirley Himmelman of Halifax.
Besides his parents, Michael was predeceased by his wife Geraldine (Lowe); his daughters Christine Westhaver and Linda Baker; his infant twin sister Linda and his brother Graeme.
Cremation has taken place under the direction of Chandlers’ Funeral Home, Liverpool. A graveside memorial service will be held Tuesday, September 28, 2021 at 11:00 a.m. in Trinity Anglican Cemetery, Bog Road, Liverpool. Reverend Judy Cross officiating. No flowers, donations may be made to the Alzheimer Society of Nova Scotia. Online condolences may be made to www.chandlersfuneral.com

Offer Condolence for the family of Cushing; Michael Robie