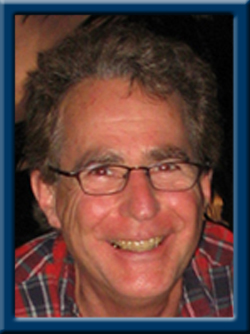 A Remembrance of Peter Curtis

Peter was born in Vancouver on April 16, 1950, the youngest child of Dean George F. Curtis and Doris (Margeson) Curtis. He was spouse to Judy, brother to John, Joan, and Robert (deceased), and uncle to Catherine, Devon, Matthew, Jean-Pierre and Nicole—all of whom remember him as a loving, interesting, and interested person.

His sister Joan says of Peter “He was my little brother, my doll: I bathed him, fed him, played with him, and sang for him. He was always so cute, with his bright shiny eyes and lop-sided, crooked smile, features he retained throughout his life.”

Throughout his life, Peter enjoyed a vast and eclectic range of interests and passions. He had university degrees in law, education, and librarianship, which he put into practice in libraries and law firms in Vancouver, Edmonton, Winnipeg, Calgary, Weyburn, and La Ronge, Saskatchewan.

Peter also loved the outdoors, had many adventures in his kayak and canoe along the shore of the Pacific Ocean and throughout Western Canada and could identify the different howls of the coyote. He embraced life in Northern Saskatchewan enjoying the outdoor activities of the season making many friends. Peter, and his brother, Robert, built the family cabin at Shuswap Lake, BC. He had a detailed knowledge of history and could easily recite lines from Shakespeare. Always curious and with a lively intellect, Peter was constantly reading books and book reviews, listening to music especially opera, and following current events on the radio. His evaluations of people and events and even family were often insightful, if occasionally annoying.

For many decades, Peter was a committed member of AA, and he became a close colleague and friend to many others involved in the movement. He struggled to cope with anxiety and depression and strove constantly to achieve his best and please those close to him. Highly introspective, he found solace and peace in meditating and participated in annual retreats throughout North America.

In retirement, Peter returned to Nova Scotia, where his mother was born and raised. He bought a house with Judy, his rock in life. There he led a peaceful but busy life, building garden beds, clearing wood, mowing the lawn, repairing the barn, stoking the home fire and walking the dog. Blessed with a natural “gift of the gab,” he enjoyed the companionship of many friends, old and new.

About a year ago, Peter was diagnosed with a rare form of cancer called pleura mesothelioma. He fought it and bore it courageously, but on January 14, 2021, he passed away peacefully at his home in Beach meadows with his “rock” Judy, by his side.

We will miss you, dear spouse, kid brother, uncle and friend.

Special thanks extended to Dr. Gary Ernest and the medical staff and nurses of Queens General Hospital, Liverpool, the Palliative Care team; Dr. Gowan and Natalie Brookes as well as the nurses of Queens Branch; Victorian Order of Nurses and the CCA’s of Queens Home Support.

Offer Condolence for the family of Curtis; Peter Duncan