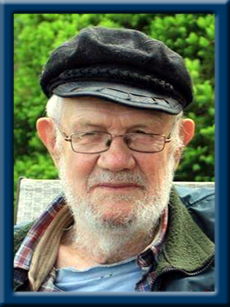 Lieutenant (N) Robert Ronald “Zulu” Currie (1941-2022) passed away on Thursday, February 24th, 2022.
Robert is survived by his beloved wife Judy (James), his son Tim, his daughter Christine (Steve), and his granddaughters Victoria (Jared), Stephanie and Rebecca and his stepsons John and Brad (Tracy) Sampson and his dear friends Eric Baker Mosher and David Baker Mosher.
Robert was born on September 26th, 1941, in Springs, South Africa and grew up in Durban where he became a formidable rugby player. He moved to the UK to be a part of the British Army where he was a Paratrooper and part of the Royal Horse Guard then immigrated to Canada and joined the Canadian Air Force and then the Canadian Navy.
Robert had a wealth of experiences about life growing up in South Africa, his time in the British Army and Canadian Navy, and his many wild adventures and travels around the world, which he loved to share. These stories will be missed by all those who knew and loved him. An avid sailor, he will be remembered by the sailing community and the members of the Brooklyn Marina, Shearwater Yacht Club and RNSYS
Cremation has taken place under the direction of Chandlers’ Funeral Home, Liverpool, NS. A celebration of life will be held later in the summer.
No flowers by request, however, donations may be made to Salvation Army. Online condolences may be made to www.chandlersfuneral.com