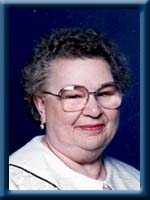 Born in Liverpool, she was a daughter of the late Irving and Laura (Townsend) Oickle.

Stella was member of the Seniors Club in Liverpool as well as a life member of the Mersey Branch, # 38, Royal Canadian Legion Auxiliary, Liverpool and Queens Ground Search and Rescue Auxiliary. She was an avid bingo player and card player. She enjoyed spending time with her family especially her grandchildren and great-grandchildren.

She is survived by her daughter Deanna (Ralph) Grezaud of Liverpool; her sons Brian (Lillian) of Bridgewater and David (Pollie) of Halifax. Her grandchildren Alexis, Ford and Ricky and her great-grandchildren Madison, Tatum and Connor. Her sisters Syrvella Aulenback of Port Mouton; Phyllis Rhodenizer of Point Aubariel, Ont.

She was predeceased by her husband Leland; sisters Barbara, Pearl, Sadie, Gladys and Alberta. Her brothers George, Harvey, Willis and Cecil.

Cremation has taken place under the direction of Chandlers’ Funeral Home, Liverpool. A graveside service will be held Saturday, February 16th, 2013 at 11:00 a.m. in Trinity Anglican Cemetery, Liverpool. Reverend Judy Cross officiating. Flowers from the immediate family only, donations may be made to Queens Manor, Liverpool. Online condolences may be made to www.chandlersfuneral.com

Offer Condolence for the family of Cunningham; Stella Mary