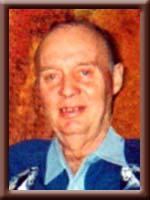 Born in Milton, he was a son of the late Leaman and Isabella (Cunningham) Cunningham.

Murray worked many years in the woods, before going to work for C.W. MacLeod Fisheries in Port Mouton.

He is survived by his loving wife, the former Margaret Williams; sisters Carol (Teddy) Whynot and Janet (Terry) Cunningham, both of Liverpool; brothers Victor of Ontario and Donald (Doreen) of Liverpool.

He was predeceased by sisters Mildred and Bertha; brother Leaman.

Visitation will be held on Monday, April 2nd, 2012, from 7-9 p.m., and a Funeral Service will be held Tuesday, April 3rd, at 2:00 p.m., both from Chandlers’ Funeral Home, Liverpool. Reverend Doctor Doug Mailman officiating. Family flowers only, donations may be made to the Queens General Hospital Foundation. Online condolences to the family may be made at www.chandlersfuneral.com

Offer Condolence for the family of Cunningham; Murray Ralph