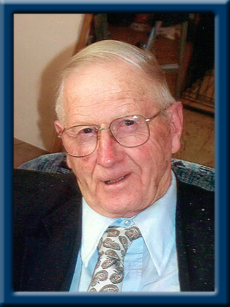 Born in Bay County, Florida, he was a son of the late Benjamin and Louise (MacDonald) Cunningham.

Joe moved to Queens County at the age of 5 where he met and married Jemima Callahan, his loving wife of 56 years until her passing in 2004. He worked at Bowater Mersey Paper Company for more than 40 years, retiring in 1988. Joe loved to fish, hunt and play baseball in his younger years. As he got older he enjoyed walking, bicycling, and going for drives in his car and on his motorcycle. Above all else, Joe was most passionate about his family and spending time with them.

Visitation will be held on Thursday, February 15, 2018 from 7:00 until 9:00 p.m. and a funeral service will be held on Friday, February 16, 2018 at 11:00 a.m., followed by a reception both from Chandlers’ Funeral Home, Liverpool. Reverend Cherry Workman officiating. Burial will be in Trinity Anglican Cemetery, Bog Road, Liverpool. Family flowers only, donations may be made to Canadian Cancer Society or to the Alzheimer’s Society of Canada. To share memories or condolences, please visit www.chandlersfuneral.com

Offer Condolence for the family of Cunningham; Joseph Gross