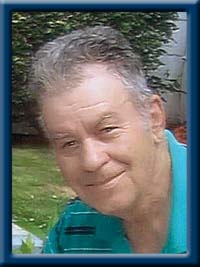 Cunningham, Eugene R, age 76, of Liverpool, Queens County, passed away peacefully on Monday, April 24th, 2017, in Queens General Hospital, Liverpool.
Born in Milton, he was a son of the late Arthur and Muriel (Berriman) Cunningham.
Gene worked in the woods in his younger years and then later for a fish processing plant in Yarmouth. Gene loved to play horseshoes and darts and attend horse pulls. He was a member of Mersey Branch #38, Royal Canadian Legion, Liverpool.
He is survived by son Tim ( Rose Robicheau) of Yarmouth; his grandchildren Colton and Ava; sisters Gloria (Donald) Smith of Cape Breton; Ellen (Albert) Brewster of Brooklyn; brother Maurice (Glenda) of Milton.
He was predeceased by his daughter Tanya, his son Andrew; his sisters Edith Lloyd, Kathryn MacNutt and Irene Saunders.
Cremation has taken place under the direction of Chandlers’ Funeral Home, Liverpool. A graveside memorial service will be held Friday, April 28, 2017 at 2:00 p.m. in Milton Community Cemetery. Family flowers only, donations may be made to a charity of your choice. Online condolences may be made to www.chandlersfuneral.com

Offer Condolence for the family of Cunningham; Eugene R.