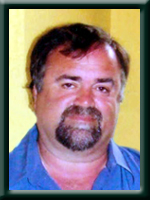 Born in Liverpool he was a son of  Elizabeth J. (Selig) of West Berlin and the late L. Willard Crouse.

Dwight was a former employee with Irving Oil Limited for 28 years working in different capacities. Most recently, he was a sales agent for Queens Auto Clearance Centre in Brooklyn. He was an avid hunter and fisherman and a member of the Nova Scotia Guides Association as well as the Charleston Fire Department. He also served as past president for the local Rails to Trails and was a member for over 25 years with Ducks Unlimited.

He is survived by his wife Sheila (Jollimore), his daughter Hailey of Liverpool, his sons Kevin (April) of Lunenburg and Bryden at home. His grandchildren Olivia  Crouse, Riley Crouse and Kale Langille. His sister Lynn (Jeff) Parks of Lewis Lake, his brother Brad of West Berlin. His stepmother Nellie Crouse of Bridgewater, his stepsisters Kathy (Bernie) Rumboldt of Bridgewater and Jo-Ann Levy of Falmouth.

He was predeceased by a stepbrother Murray Levy.

Cremation has taken place under the direction of Chandlers’ Funeral Home, Liverpool, NS. At Dwight’s request, there will be no funeral service.  A Celebration of Dwight’s life will be held on Friday, November 29, 2013 at 7:00 p.m. in Charleston Fire Hall. No flowers by request, donations may be made to Queens General Hospital Foundation or to Charleston Fire Department.

Offer Condolence for the family of Crouse; Dwight Eugene