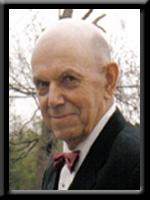 Born in Brooklyn, Queens County, he was a son of the late Leander and Mary (Waterman) Crooker.

David was an avid volunteer and participated in many organizations in every community in which he lived.  His favourite activities included children, history, the church, and the outdoors.  He was a cub-scout and 4-H leader, member of the South Brookfield United Baptist Church, and a member of many other community organizations too numerous to mention.  He also participated in local and regional politics and was respected in everything he did.  His family and his community were the most important things in his life and he devoted himself to making both the best that they could be.

He was predeceased by son-in-law Terry Rawding.

Visitation will be this evening (Monday, March 14th, 2011) from 7 until 9 p.m. and funeral service will be Tuesday, March 15th, 2011 at 2:00 P.M. both at  South Brookfield United Baptist Church, Highway #8.  Reverend Dean Annis officiating. Burial will be in South Brookfield Community Cemetery. A reception will be held in the Mechanic’s Masonic Hall, Caledonia  following committal.  In lieu of flowers, donations in David’s name can be made to the ALS Society of Nova Scotia or South Brookfield United Baptist Church. Online condolences may be made to www.chandlersfuneral.com

Offer Condolence for the family of Crooker; David Lee