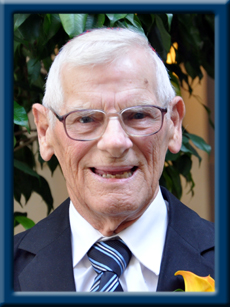 CROFT – William E. “Bim”, 89, of Western Head, Queens County, passed away peacefully in Queens Manor, Liverpool on Tuesday, December 19, 2017.
Born in Western Head on December 2, 1928, he was a son of the late William and Frances (Gerhardt) Croft.
Bim was born and raised in Western Head and lived all his life in the family home. Most of his working life was spent at Bowater Mersey Paper Company Limited. Previous to that, he was a fisherman alongside his brother Avery and worked at Nickerson Bros. In his spare time, Bim enjoyed gardening and preparing his winter wood. In his younger years, he enjoyed hunting and fishing. Bim will be lovingly remembered by his family as a kind, generous and loving father, grandfather and great grandfather who loved to spend time with his family.
Surviving are his daughters Carolyn (Kent) MacDonald and Donna (Michael) Herman, both of Western Head, his son Alan of Walden. 5 grandchildren and 4 great grandchildren. His sister Viola Robar of Halifax and his brother Avery of Western Head.
He was predeceased by his wife Joan (White), his son Gary, his sisters Alice and Verna and his brother Roger.
Visitation will be Saturday, December 23, 2017 from 10:00 a.m. until 11:00 a.m. and funeral service will be held at 11:00 a.m. both in Chandlers’ Funeral Chapel, Liverpool. Reverend Judy Cross officiating. Burial will be in Grace Anglican Cemetery, Western Head. No flowers by request, donations may be made to the Victorian Order of Nurses, Queens County branch, the Queens General Hospital Foundation or the Queens Manor, Liverpool. Online condolences may be made to www.chandlersfuneral.com.

Offer Condolence for the family of Croft; William Edward “Bim”