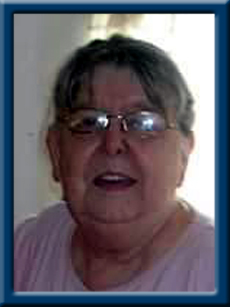 CROFT – Marian Diane, 75, of Liverpool, passed away peacefully in Queens General Hospital on Sunday, August 16, 2020.
Born in Bridgewater, Marian was a daughter of the late John Ellard and Arlene (Tompkins) Joudrey
Marian was a former housekeeper for Bridgewater Motor Inn and worked for Bud MacLeod’s Fish Plant in Port Mouton. Marian loved her cats, going to the beach to watch the waves and old movies on television.
Marian is survived by her daughters Melissa Croft and Kimberly (Chris) Whynot, both of Liverpool. Her sons Kenneth James (Tammy) of Hamilton, ON and Charles (Joanne) Dunesville, ON. Her grandchildren Kaitlin, Tyson, Kayla, James, Alexandrea and Samantha and her great grandchildren Finnegan, Cricket, Nolan, Abbey and Gage. Her sister Betty (Aubrey) Nauss of Sweetland.
Besides her parents, Marian was predeceased by her husband Kenneth and her sisters Margaret Frauzel, Gloria Lounder, Barbara Oickle, Joan Daniels. Her brothers William “Billy”, George “Sonny”, Fenwick, Robert and her step brothers Ellard, George, Hector and Earl.
Cremation has taken place under the direction of Chandlers’ Funeral Home, Liverpool. At Marian’s request, there will be no funeral service. No flowers, donations may be made to Hope for Wildlife or the family. Online condolences may be made to www.chandlersfuneral.com
Family will receive friends at Marian’s home, 40 Summer Street, on Friday, August 21, 2020 between 2:00 and 4:00 p.m.

Offer Condolence for the family of Croft; Marian Diane