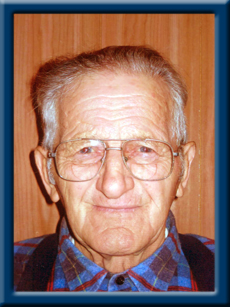 CROFT – James Avery, 95, of Western Head, Queens County, passed away peacefully in Veteran’s Unit, Fisherman’s Memorial Hospital, Lunenburg on Friday, December 18, 2020.
Born in Western Head, Avery was a son of the late William and Frances (Gerhardt) Croft.
Avery was a veteran of World War Two serving with the Royal Canadian Army Corps. Following the war, Avery returned home and began fishing for a number of years until he went to work with the former Bowater Mersey Paper Company Limited as a dock worker. In his spare time, Avery enjoyed gardening and spending time with his family.
Avery is survived by his daughter Marilyn (Glen) Whynot of Milton; son Walter of Western Head; grandchildren Michael (Lesley) Whynot, Kyle Croft and Tyler Croft ( Paige Mansfield); great grandson Blaine Whynot and daughter in law Angie Croft.
Besides his parents, Avery was predeceased by his wife Jean Marie Levy, sisters Verna White, Viola Henley, Alice Croft and brothers Roger and William.
Funeral arrangements are under the direction of Chandlers’ Funeral Home, Liverpool, NS. A private family graveside service will take place at a later date with Reverend Judy Cross officiating in Trinity Anglican Cemetery, Bog Road, Liverpool, No flowers. Donations may be made to any charity of choice. Online condolences may be made to www.chandlersfuneral.com

Offer Condolence for the family of Croft; James Avery