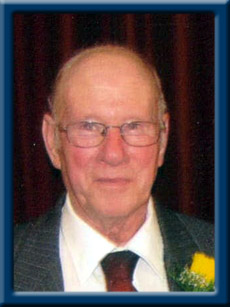 Croft, Douglas Owen, 82 of Buckfield, passed away peacefully at North Queens Nursing Home, Caledonia on Friday, January 17, 2020.
Born in Buckfield, he was a son of the late Alfred and Muriel (Tratt) Croft.
Doug was a former employee of Bowater Mersey Paper Company starting in 1976 and working there for 23 years as a plumber and pipefitter. He was a member of the Canadian Paper Workers Union, local 141, Greenfield United Baptist Church, the Jolly Ponhookers Seniors Club, the Greenfield Bowling League as well as the Greenfield Fire Department and served as a trustee for the Pinerest Cemetery Committee. He enjoyed woodworking and spending time in his vegetable garden. He enjoyed spending time with his family especially his grandchildren.
Doug is survived by his daughters Darlene Crouse of Waterloo, Amanda Croft of Halifax, his son Dennis of Buckfield, his grandchildren Allie (Jason) Veinot of Chelsea, Shelby Crouse of Waterloo, Noah Johnson of Bridgewater, Melissa Croft of Buckfield. His great grandchildren Ryker and Brody Veinot. His sisters Ruth Uhlman of Chelsea, Muriel “Kitty” Joudrey of Watford and his brother Wilfred (Emily) of Buckfield.
Besides his parents, Doug was predeceased by his wife Bonita (Joudrey) an infant sister Margaret, sister Ruby Lohnes and his brothers Murray, Basil and Edmund.
Cremation has taken place under the direction of Chandlers’ Funeral Home, Liverpool, NS. Visitation will be held Thursday, January 23, 2020 from 6:00 to 8:00 p.m. in Chandlers’ Funeral Chapel, Liverpool. Funeral service will be held Friday, January 24, 2020 at 2:00 p.m. in Greenfield United Baptist Church, Greenfield, NS. Reverend Janet Baker officiating with reception to follow service. Burial will be in Pinerest Cemetery, Greenfield. No flowers by request, donations may be made to Greenfield United Baptist Church, Heart and Stroke Foundation or a charity of your choice. Online condolences may be made to www.chandlersfuneral.com.

Offer Condolence for the family of Croft; Douglas Owen