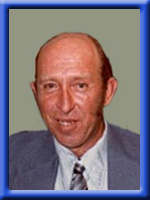 He was the son of the late Alfred and Doris (Whynot) Craig.

Paul loved life and family. He had a great passion for music and guitar. He worked in construction for many years as a backhoe operator. He was a former employee  for the Region of Queens Works Department with Maintenance.

Paul will be sadly missed by his wife of 31 years Brenda (Adams)(Butler); sons: Danny (Tanya) of Bridgewater; Mike (Brenda) of Pinehurst; Wade (Jenn) of Saskatchewan; Clyde (Theresa) and Richard (Dawn) both of Halifax; Roger (Krista) of Shelburne. Daughter Lynette (Lloyd) Joudrey of Bridgewater. Chrystalee (Kendall) MacLean of New Germany. Patricia (Scott) Mansfield of Caledonia. Cheryl of Halifax. His sister Mary Slauenwhite of Kentville. His brother David (Connie) of Brooklyn. 18 grandchildren, 5 great grandchildren; 4 nieces, 2 nephews and his special friend, Scott Orme, whom he had a special place in his heart.

He was predeceased by his son Richard; infant grandsons Chayce and Jarred; brother George.

Cremation has taken place under the direction of Chandlers’ Funeral Home, Liverpool. A graveside memorial service will be held Thursday, September 2nd, 2010 at 3:00 p.m. in Seaside Cemetery, Brooklyn. Reverend Corey Pickens officiating. No flowers by request, donations may be made to the Kidney Foundation, Canadian Cancer Society or the IWK – Grace Hospital, Halifax.  Online condolences may be made to www.chandlersfuneral.com

Offer Condolence for the family of Craig; Paul Richard