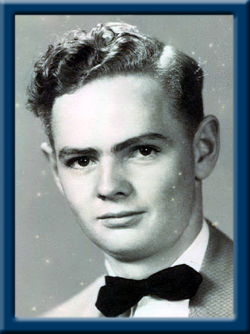 CRAIG – Neill William, 78, of Brooklyn, Queens County, passed away peacefully in North Queens Nursing Home, Caledonia, on Wednesday, July 13, 2016.
Born in Harvey Station, New Brunswick, he was a son of the late Thomas Kay and Emma (Manzer) Craig.
Upon graduation from Harvey High, Neill worked for the local Bank of Nova Scotia. Most of Neill’s employment was realised in retail with Kmart and Woolco Department Stores in Toronto, Dartmouth and Fredericton. The last 18 years of his working career was at Forest Hill Rehabilitation Centre where he worked as a custodian and handyman.
Neill will be fondly remembered as a man of few words, but a keen and sharp mind and honest to a fault.
Surviving are his wife Sylvia (Gardner); his step daughter Mary Ann (John) Sutherland of Hoschton, Ga.; his step son Harry (Gerene) Eisenhauer of Richibucto, NB. His step grandchildren Uriah, Arrel and Jayde Chanda as well as a number of nieces and nephews.
He was predeceased by his brothers Avens, Murray and Raymond.
Cremation has taken place under the direction of Chandlers’ Funeral Home, Liverpool. A private family graveside memorial will be held at a later date in the Old Greenfield Cemetery. Reverend Dr. Steven Hopper officiating. No flowers by request, donations may be made to Alzheimer’s Society of Nova Scotia or the Brooklyn Baptist Church. Online condolences may be made to www.chandlersfuneral.com

Offer Condolence for the family of Craig; Neill William