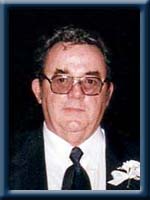 COWIE – Douglas Graham,  74, of Brooklyn, Queens County,  passed away peacefully  in Queens General Hospital, Liverpool on Friday, June 22nd, 2012 with his family by his side.

Born in Liverpool, he was the son of the late Charles and Mona (Foley) Cowie.

A highly skilled and gifted tradesman, Graham was a long time employee with Bowater Mersey Paper Company for thirty eight years, working as a pipe and steam fitter.

He was predeceased by  his niece Cheryl.

Cremation has taken place under the direction of Chandlers’ Funeral Home, Liverpool. A private graveside memorial service will be held at a later date. No flowers by request. Donations may be made to Queens General Hospital Foundation. Online condolences may be made to www.chandlersfuneral.com

Offer Condolence for the family of Cowie; Douglas Graham