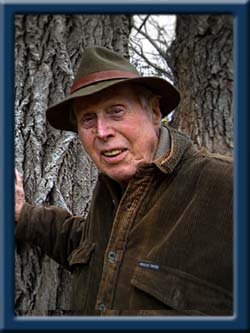 Born in New Britain, Connecticut, he was a son of the late Kenneth and Lorena (McNutt) Corbett.

He graduated from the Provincial Normal College Truro and worked at the Brookfield Creamery during summers while attending college. He happily taught Industrial Arts in Liverpool Regional High for most of his teaching career. He married Barbara Dauphinee a few years after moving to Liverpool. In their early years the popular couple developed a passion for music and enjoyed  the local dances. One of Clyde’s many sayings “OH Mother I Can’t Dance” was apparently true spending numerous hours coaching her son. Clyde developed a deep love for the outdoors at an early age while living in Truro. After school and weekends he and his friends would head to their hunting camp behind the Truro Reservoir. Like most kids they worked in the community to do whatever was needed to make extra money. Eventually Clyde saved enough to buy a used 30-30 Winchester rifle at the local hardware store. I can just imagine the joy he and his friends had back then. During the depression the family rented their Truro home and moved to Port Lorne while his father worked in New Britain Connecticut at The Stanley Works. Those three years living on the Bay of Fundy during tough times had a huge influence in his life. Money was tight and everyone had daily chores. He never shied from work even in his later years. He and his father built the house he lived in and most of the furniture. He also built his cottage on Ponhook Lake including all the windows and doors. Clyde was a man who enjoyed people! During his career as a teacher he was known for his stories along with his abilities as an instructor. His former students would comment how they were influenced by Mr. Corbett. Clyde operated Corbett’s Gun and Tackle from 1958 and continued until last year, the best he could given his health. He was an accomplished Gunsmith, excellent Marksman and fly fisherman. He gave to his community and was one of the founding members of several organizations including being President of Queens County Fish and Game for several years, The Hollow Log Rifle and Pistol Club and the Liverpool Curling Club. He was appointed by the Nova Scotia Government to a special wildlife management committee to develop guidelines for managing wildlife in the province. That and his long involvement in wildlife issues in the province led to him receiving the Nova Scotia Environmental Award in 1985. During his business career he operated one of the leading Sports Stores on the South Shore selling highly respected product lines like Honda, Johnson Outboards, Husqvarna and was the first to stock products like Spin Cast rods and reels, snowmobiles and the famous Honda Cub. Those were the days “You Met the Nicest People on a Honda” When Bass started to populate our waters Clyde embraced the opportunity of a summer sport fishing and loved attending South Shore Bassmasters Club tournaments until recent years. He was a very rounded person and enjoyed life to the fullest.

He is survived by his sons, Ian (Shauna) and Gary (Karen), both of Greenfield.

He was predeceased by his loving wife, Barbara.

A Celebration of Clyde’s Life for family and close friends will be held at a later date. No flowers by request, donations can be made to the Queens General Hospital Foundation. To share memories or condolences, please visit www.chandlersfuneral.com

Offer Condolence for the family of Corbett; Clyde William