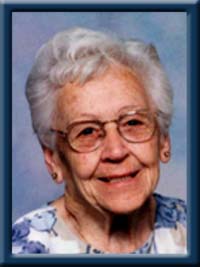 Born in West Berlin, she was a daughter of the late Maynard and Mary Alice (Coade) Colp.

Her life centered around her family and her church. She was an active member in St. John’s Anglican Church and was loved by her grandchildren especially for her molasses cookies and doughnuts. She enjoyed watching birds and was a great Bluejays fan. She will be remembered for her great sense of humour.

She was predeceased by her husband Jordan, son David, grandson Anthony Conrad and her daughter-in-law Sheila.

Offer Condolence for the family of Conrad; Marjorie Alice