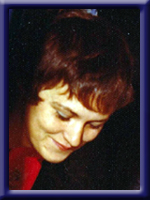 Born in Halifax, she was a daughter of the late Clyde and Alice (Joudrey) Dedrick.

Jeanne was a former clerk with Hemeon’s Drug Store and a cashier at Dominion Store, both in Liverpool. She worked at a hair salon for a time before embarking on her own as owner-operator of  “Meals on Wheels” sandwich truck. She was also co-owner and operator, with her husband Moyal, of a hunting and fishing lodge. She worked with her father at the Greenfield General Store then owning the store and changing the name to Jeanne’s Quik Mart and Canteen. She was also manager of Riverview Lures. She was a member of the Greenfield United Baptist Church. An avid reader, Jeanne loved her horror and suspense novels, along with bird watching, gardening and road trips with Moyal. Her love of animals included her cat, Oscar, and her two dogs, Bear and Sandy, along with her rescued cockatiels Honey and Boo Boo.

She was predeceased by her infant son Geoffrey and brothers Ken Smith and Clyde Smith.

Visitation will be Thursday, March 13, 2014 from 7 until 9 p.m. in Chandlers’ Funeral Chapel, Liverpool. Funeral service will be held Monday, March 17, 2014 at 1:00 p.m. in Greenfield United Baptist Church. Reverend Wade Harvey officiating. No flowers by request. Donations may be made to the Greenfield and District Fire Department Rescue Truck Fund. Online condolences may be made to www.chandlersfuneral.com

Offer Condolence for the family of Conrad; Jeanne Marie