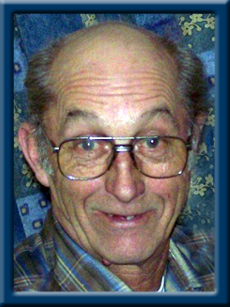 Today we said goodbye to our Dad, Granddad, Brother and Uncle, James William “Sonny” Conrad.
Known to most as “Sonny”, he was a son of the late Clayton and Stella (Wentzell) Conrad.
Sonny lived most of his life in Milton where he raised his children and owned and operated his own trucking and logging business. He started working in the woods at an early age. Sonny was most at home in the woods and on the lakes. He loved to hunt, fish, plank salmon, listen to old country music and play tunes on his fiddle.
Sonny is survived by his daughters Heather Conrad (Shawn Baker) of Milton; Angela Conrad of Moncton, NB, his son Chris (Renee Hancock) of Grandcache, AB. His grandchildren Gracie, Matthew and Cheyanne , Tristan, Emily and Alia and his great granddaughter Chloe. His sisters Valerie (Kenneth) Schrader of Mersey Point, Marjorie Francis of Milton, Lorraine (Phillip) Whynot of Great Hill, Jacqueline Whynot of Sandy Cove, Wanda Conrad of Liverpool. His brothers Albert (Grace) and Randy (Cathy), both of Milton. His sister in law Joanne Conrad of Milton.
Sonny was predeceased by his wife Diane (MacLean), infant sisters Shirley and Elsie, his brother Alfred and his brother in law Edward Francis.
Cremation has taken place under the direction of Chandlers’ Funeral Home, Liverpool. At Sonny’s request, there will be no funeral service. No flowers. Donations may be made to the Queens Branch of the S.P.C.A. Online condolences may be made to www.chandlersfunral.com

Offer Condolence for the family of Conrad; James William “Sonny”