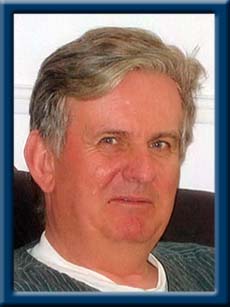 It is with great sadness and heavy hearts that we announce the sudden passing of Gordon Wilson Conrad, 69, of West Berlin, Queens County on April 26, 2017 at home.
Born in West Berlin, he was the son of the late Gordon and Phoebe (Conrad) Conrad.
Gordon was a fisherman all his life as well as a former employee for Bowater Mersey Paper Company Limited. He enjoyed spending time with his daughter and grandchildren and going for long drives. Many will recall his love and dedication to his family, his positive attitude and how he was happiest helping others.
He is survived by his daughter Roxanne (Rick) Costain of Kingston, his grandchildren Hailey, Maya and Cole and his former wife Gail.
Cremation has taken place under the direction of Chandlers’ Funeral Home, Liverpool. A memorial service will be held Monday, May 1, 2017 at 11:00 a.m. in Chandlers’ Funeral Chapel. Reverend Bonnie Baird officiating assisted by Reverend Judy Cross. Reception to follow. A scattering of Gordon’s remains will be held at sea at a later date. No flowers by request, donations may be made to a charity of your choice. Online condolences may be made to www.chandlersfuneral.com

Offer Condolence for the family of Conrad; Gordon Wilson