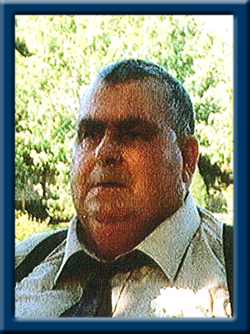 CONRAD – Clayton Alfred, 67, of Milton, Queens County, passed away in South Shore Regional Hospital, Bridgewater on Tuesday, April 12, 2016.
Born in Milton, he was a son of the late Clayton William and Stella May (Wentzell) Conrad.
Alfred started working with Nova Scotia Power at a very young age and, from there, went to work in the woods for a number of years. He enjoyed hunting and looking after his cattle, camping and dancing at the Legion, but his great joy was driving his motorcycle.
He is survived by his wife Joanne (Frail)(Fancy); sisters Marjorie Francis of Milton; Valerie (Kenneth) Schrader of Mersey Point; Lorraine (Phillip) Whynot of Great Hill; Jaqueline (Brian) Whynot of Sandy Cove; Wanda of Liverpool; his brothers James of Digby; Albert (Grace) and Randy (Cathy), both of Milton. Several step children and a number of nieces and nephews.
He was predeceased by his infant sisters Shirley and Elsie and his brother in law Edward Francis.
Cremation has taken place under the direction of Chandlers’ Funeral Home, Liverpool. At Alfred’s request, there will be no funeral service. A private family memorial will take place at a later date. No flowers by request, donations may be made to the Victorian Order of Nurses, Queens County Branch, Liverpool. Online condolences may be made to www.chandlersfuneral.com

Offer Condolence for the family of Conrad; Clayton Alfred