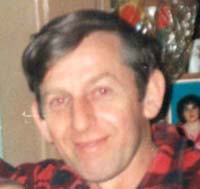 Born in Liverpool, Nova Scotia, he was the son of the late Orris E. and Edna Mae (Bell) Conrad.

He was predeceased by his son Wendell and brothers Edgar and John .

Cremation has taken place under  the direction of Chandlers’ Funeral Home, Liverpool. There will be a private family graveside service at a later date in Trinity Anglican Cemetery, Liverpool. Reverend Judy Cross officiating. No flowers by request, donations may be made to the family. Online condolences may be made to www.chandlersfuneral.com.

Offer Condolence for the family of Conrad; Charles Albert