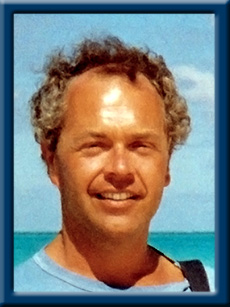 He was born in West Berlin on August 6th, 1948, the only son of the late William L. Conrad and Lalia M. Conrad (née Wolf). He was predeceased by his older sister Maxine M. Hill  (née Conrad) of Windsor, Nova Scotia. He is survived by his wife of fifty years, (Margaret) Christine Conrad (née Cole) and two sons, Hayes W. Conrad and Nathaniel I.W. Conrad, both of Eagle Head.

He was called to the Bar on February 4th, 1972, and took up practice in Bridgewater, N.S., later expanding, with his partner, Thomas J. Feindel, to a second office in Liverpool, N.S., where, until recently, he continued his practice under the name Conrad & Feindel.

He was appointed Queen’s Counsel in 1988.

He was a passionate supporter of his parish, his community, the Anglican church, his family and friends. He was a lifelong member of St. John the Evangelist Anglican Church in Eagle Head, Nova Scotia, where he provided lay leadership, served on the parish vestry, and was a founding member of the book club. He also served as church historian, authoring the book So Great a Cloud of Witnesses. His faith was of deep importance to him and unwaveringly supported him through to the end.

He will be remembered as much for his warmth, humour, kindness and laugh as for his extensive knowledge encompassing, among other things, the law, genealogy, and local history.

Funeral arrangements are under the direction of Chandler’s Funeral Home. Condolences may be made at www.chandlersfuneral.com.   A private burial service will be conducted by The Rev. Cherry Workman, at Saint John the Evangelist Church Cemetery, West Berlin, N.S.

Due to Covid restrictions, a funeral service will be held at a later date.

The family wishes to especially thank Dr. Woodford and the caring staff at Queens General Hospital.

Memorial donations may be made to St. John Anglican Church., Eagle Head, N.S., or the Primate’s World Relief and Development Fund.

Offer Condolence for the family of Conrad; Borden Loraine, Q.C.