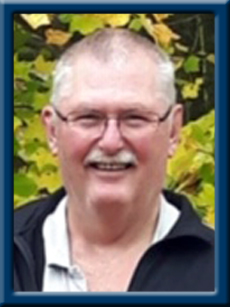 CONRAD – Allen Wayne, 67, of West Berlin, Queens County, passed away peacefully in Queens General Hospital, Liverpool on Saturday, May 2, 2020 surrounded by his wife and daughters.
Born in Liverpool, Allen was a son of the late J. Lambert and Gloria (Whynot) Conrad.
Allen was a school bus driver for 15 years and worked as a cook at the former Wong’s Restaurant for 20 years. Allen was an associate member of Mersey Branch #38, Royal Canadian Legion, Liverpool. In his spare time, Allen enjoyed working on cars and playing darts every Monday and Thursday evenings. He was also a member of St. John’s Anglican Church, Eagle Head.
Allen is survived by his wife of 44 years; Deborah (Zwicker); his daughters Amanda Hansen (Amanda Bush) of Mill Village, Carrie (Tom) Hutchinson of Winter Haven, FL., Tracy (Arron) Carrier of Greenfield. Grandchildren Kelsey, Jonathan, Darian, Allen, Abigayle, Cody, Emma and Teagen and great granddaughter Sophie. His brothers Stanley (Joanne) of Bridgewater and Lewis (Vicki) of Eagle Head and daughter by choice Elaina (Luke) Pitre, of Redwood City, CA.and her daughter Nikita.
Cremation has taken place under the direction of Chandlers’ Funeral Home, Liverpool. A celebration of Allen’s life will be held July 31st, 2022 from 2:00 – 4:00 p.m. at Mersey Branch #38, Royal Canadian Legion, Liverpool. No flowers by request, donations may be made to the Canadian Cancer Society or to the Mersey Branch #38, Royal Canadian Legion, Liverpool. Online condolences may be made to www.chandlersfuneral.com

Offer Condolence for the family of Conrad; Allen Wayne