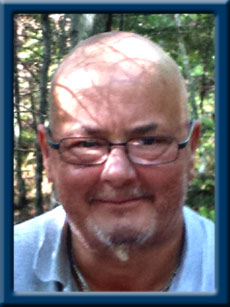 CONDON – Kendall L., 61, of Liverpool, passed away peacefully in QEII, Health Science Centre, Halifax on Sunday, December 30, 2018.
Born in Liverpool, he was a son of the late Frederick and Marilyn (Young) Condon.
Ken was a radio engineer by trade and worked for various radio stations throughout Atlantic Canada such as CJCH, C100, AVR, to name a few. He was a tour bus and Charter bus driver and loved his dog Gunnar.
Surviving are his companion of twelve years, Stacey McLean; His sons Graeme of Kentville and Brian of Hantsport; his sisters Carolyn (Glen) Lundrigan of Markham, ON; Karen (Scott Freeman) of Kingston, NS, his brother Craig of Liverpool, his niece Michelle Lundrigan of Burnaby, BC and his nephew David Lundrigan of Markham, ON.
Cremation has taken place under the direction of Chandlers’ Funeral home, Liverpool. A private family graveside memorial will be held at a later date. No flowers. Donations to Canadian Diabetes Association or to a charity of choice. Online condolences may be made to www.chandlersfuneral.com

Offer Condolence for the family of Condon; Kendall Leigh