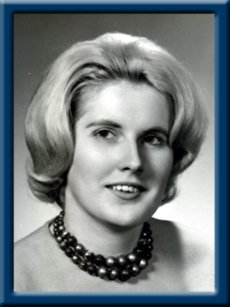 COLLINS – Sylvia Rose, 80 of Liverpool, passed away peacefully at Queens General Hospital on Wednesday, September 11, 2019.
Born in Liverpool, she was the daughter of the late Harvey and the late Mary (Baker) Wolfe.
Sylvia served with the RCAF – Military Police; owned several Businesses including Amber Lights Gift Shop and The Whipple Tree Ceramics and Gifts. She volunteered on many Queens County Associations during her life such as the Waterfront Development and the Chamber of Commerce. She liked to scrap book, knit, crochet, sew, felt and always had many projects she was working on. She enjoyed creating, organizing, laughing with friends and spending time with family. Sylvia also had a great appreciation for nature.
Sylvia is survived by her son Matthew (Rhonda), grandson Beck, Milton; step-grandson Colby Young, Halifax; daughter-in-law Seana and grandson Jack, Port Williams. Brothers Lawrence, Milton; Doug (Jeannette), Caledonia; former husband and friend Keith, Bridgewater; nieces and nephews.
Sylvia was predeceased by her son Hugh Balfour.
Cremation has taken place under the Direction of Chandlers Funeral Home. At Sylvia’s request there will be no funeral service. Donations can be made to Canadian Pulmonary Fibrosis Foundation, Queens General Hospital or Queens SPCA.

Offer Condolence for the family of Collins; Sylvia Rose