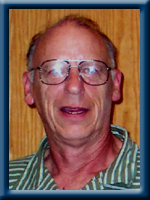 John was a talented quiet and gentle sole who loved playing baseball, working in the woods, spending time at the cabin, camping as well as spending special time with family and friends especially his boys and grandchildren who were his world. He enjoyed spending quiet time at home with his “couch buddies” Heidi & Libby. John worked for many years as a meat cutter at the Queens Co-op and worked for Michelin for 28 years.

Cremation has taken place under the direction of Chandlers’ Funeral Home, Liverpool. A public celebration of John’s life will be held Wednesday, July 23, 2014 at 2:00 p.m. at the home of Robert Cole, #8572, Highway #8, South Brookfield. A private family committal will take place at a later date. Family flowers only, donations made be made to South Brookfield Baptist Church, S.H.A.I.D. Tree Animal Shelter or North Queens Fire Association. Online condolences may be made to www.chandlersfuneral.com

Offer Condolence for the family of Cole; John Wallace