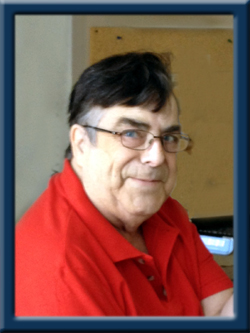 Garnet had many jobs as a young man but spent the majority of his working years with Mersey Seafoods and National Sea Products out to sea on the factory freezer trawlers fishing for shrimp before going to work as a forklift driver at Michelin. He also owned and operated his own business, selling vegetables door to door until his health forced him to retire. Garnet was a former member of Queens Ground Search & Rescue and the Queens County CB Club. He also enjoyed hunting and fishing. Garnet will be remembered for a great sense of humor, the gift to gab and a warm loving heart.

Born in Liverpool, Nova Scotia, he was the son of the late Manuel and Helen (Whynot) Cluett.

He was predeceased by a sister, Doreen MacLeod and a brother, Lyman.

Cremation has taken place under the direction of Chandlers’ Funeral Home, Liverpool. A private family service will be held at a later date. No flowers by request. Memorial donations may be made to the Canadian Cancer Society or to the Queens General Hospital Foundation. To share memories or condolences, please visit www.chandlersfuneral.com

Offer Condolence for the family of Cluett; Garnet Manuel