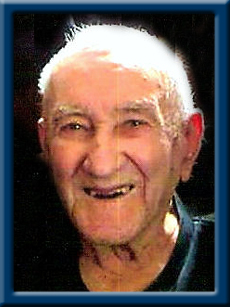 CLATTENBURG – Mervin I., 96, of Port Medway, Queens County, passed away peacefully in Queens Manor, Liverpool on Thursday, January 24, 2019.
Born in Port Medway, he was a son of the late Leonard and Manson (Johnson) Clattenburg.
Mervin worked as a general laborer at various jobs such as for the Department of Highways and at a fish plant. He enjoyed kayaking the Medway River in his spare time.
Mervin is survived by his daughters Ethel Wells of Bridgewater, Marion of East Port Medway and his son Donald of Port Medway. Grandchildren Tina Burgess and William Parnell.
Mervin was predeceased by his wife Leatrice; his son Michael, two sons in infancy, sisters Jenny, Beulah, and Gladys and his brothers Howard, Sam, Clary, John, Walter and Damos.
Visitation will be Monday, January 28, 2019 from 7 until 9 p.m. in Chandlers’ Funeral Home, Liverpool. Funeral service will be held Tuesday, January 29, 2019 at 11:00 a.m. in Chandlers’ Funeral Chapel, Liverpool. Reverend Judy Cross officiating. Reception to follow. Burial will be in Mill Village Cemetery. Family flowers only, donations may be made to The Heart and Stroke Foundation or to any charity of choice. Online condolences may be made to www.chandlersfuneral.com

Offer Condolence for the family of Clattenburg; Mervin Isaiah