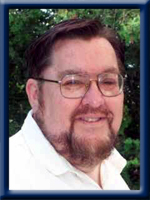 CHARLTON – Malcolm Anthony, 67, of Liverpool, formerly of Montreal.  It is with deep sorrow that we announce the passing of a dear husband and father on Sunday, March 16, 2014.

Born in Montreal, Quebec, he was the son of the late Earl and Agnes-Marie Charlton (MacKenzie).

Malcolm’s pride and joy was his family, which included not only his wife and daughter, but his dear friends and fellow Masons.  He felt it an honour and a privilege to be elected Worshipful Master of Zetland Lodge #9, his only regret is that he was too ill to serve.

Malcolm’s passion lay in radio and television production, an industry that saw him produce and direct numerous documentaries and variety programming, work in the CBC national radio newsroom and run the CBC Montreal newsroom.  Malcolm was director of Hockey Night in Canada for nine years and was at the helm of National finals in a multitude of other important sports broadcasts, and later worked at CTV Montreal and 940News prior to his retirement. Even in retirement though, Malcolm could not stay away.  He was a significant presence from the outset at Liverpool’s QCCR radio before starting his own daily news site, Queens County Close-up.

Cremation has taken place under the direction of Chandlers’ Funeral Home, Liverpool.   Visitation to be held at Chandlers’ on Sunday, March 23, 2014, from 7:00 pm to 9:00 pm.  Funeral service will be held at St. Gregory’s Catholic Church, Liverpool, March 24, 2014, at 11:00am, Fr Keith Billard officiating.  Reception immediately following at the Trinity Anglican Church Hall. Burial will be at a later date.  No flowers by request.  Donations may be made to the Queens Branch of the SPCA, PO Box 2012, Liverpool, NS, B0T 1K0 Online condolences may be made to www.chandlersfuneral.com

The family would particularly like to thank Dr. Norah Mogan and the staff at Queens General for their thoughtful and compassionate care of the entire family during Malcolm’s final hours.

Offer Condolence for the family of Charlton; Malcolm Anthony