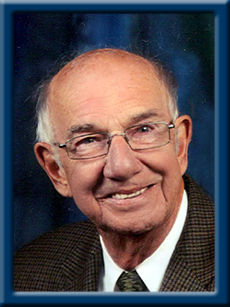 It is with great sadness that the family of David Bryant Chandler announces his peaceful passing on February 28, 2018.
He leaves his children, Debra (Geoff Foulds), Kelly (Randy Blair) and Craig (Lesley Hinton); and seven grandchildren, Drew (Jessica), Ben (Amy), Hannah, Devlin, Reden, Caleb, and Phebe. He will be sadly missed by his sisters-in-law Janet (Ron Maddigan) and Joan (Gerry Parker), and nieces and nephews Susan, Carol, Davin, Patti, Peter, John, Lesli, Michael, Paul, Brad, and Steven.
He is predeceased by wife Joan Louise Haughan, parents Bruce and Ressa Chandler, infant sister Joan, and his three brothers, Bruce, Paul and Peter.
Family was paramount for David. He loved being with them and taking an active role in their lives, from babysitting and attending their concerts and games, to travelling. David was also very social and enjoyed spending time with his many friends whether it was sharing a meal and some wine or just sharing the latest news.
David will leave a void in his community where,’ for more than 70 years, he contributed to and participated in many organizations, becoming part of the fabric of Queens County. He was a natural relationship builder, a connector, a firm and wonderful friend, mentor and father-figure to many. Whether at work, on a team, or as a leader, he gave everyone around him fair hearing, an encouraging word, and a voice. He loved to learn new things and meet new people, a gift that brought him a life rich in friendships and experiences.
He spent his career at Bowater Mersey Paper Company, beginning as a paper tester, and retiring as Transportation and Distribution Manager.
He was on the committees and boards of many worthy causes, including Zion United Church, Liverpool Curling Club, Boy Scouts, and the PC party, and he was a 60-year member of Zetland Lodge No. 9, A.F. & A.M.
He loved team sports, and earned his lifelong nickname, ”Casey,” playing baseball in his teens and twenties. He loved to curl, play golf, and swim, no matter how cold the water was at his beloved Hunts Point.
Music was a great joy in his life. For 72 years he played percussion in the Mersey Band and its predecessors, still marching with the band into his 70s and performing in concerts into his 80s. He often played drums in the orchestra for Winds of Change productions and other community events.
David was a genuinely good man, curious, supportive, and had a quiet kindness that pervaded his life. He always had a To Do list, a plan or two, people to see, and places to go. His leaving makes a huge mark in his community.
Special thanks to Dr. Garry Morash, Trisha Doucette and all of his very special friends and neighbours for their care and attention.
Visitation will be Saturday, March 10, 2018 from 7 until 9 p.m. in Chandlers’ Funeral Chapel, Liverpool. Funeral service will be Sunday, March 11, 2018 at 2:30 p.m. in Zion United Church, Liverpool. Reverend Carol Smith officiating. Reception to follow in the church hall. Burial will be in Zion United Cemetery, Payzant Street, Liverpool. No flowers by request. Donations may be made in David’s memory to Queens General Hospital Foundation or to the Heart and Stroke Foundation of Nova Scotia. Online condolences may be made to www.chandlersfuneral.com.

Offer Condolence for the family of Chandler; David Bryant