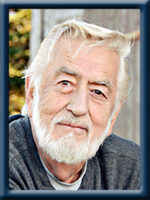 CHANDLER – Aubrey L, 72, of Beach Meadows, passed away peacefully, June 17, surrounded by his loving family. He was born on May 3rd, 1941, the first of four children to the late Felicia (Gaetz) and Kenneth Chandler. He worked the family farm; tending to cattle and working in the woods, until his late teens when he set off to make his own way.  His first job was as an attendant at the Dartmouth Hospital. He then joined the crew of an oil tanker and sailed to the States, Quebec and northern Canada.

He spent ten years in Toronto, where he eventually managed a Ziebart Rustproofing shop.  He returned to Liverpool in 1975 and was hired by the Bowater Mersey Paper Co. where he earned the position of Wood Room Supervisor. Aubrey retired from the mill in 2001 after working several years in the position of Mill Shift Supervisor.

Aubrey was a living example of the adage, “You can take the boy out of the Maritimes, but you can’t take the Maritimes out of the boy”. He was always a hard-working man who loved working his land, fishing and boating, driving fast cars, big trucks, and motorcycles. He was most at home on the sea and passed his love of the water, fast cars, big trucks and motorcycles on to his children. He will be remembered for his dry sense of humour, his quick wit and the sparkle in his eyes.

Aubrey was a family man who took great pride in his children and grandchildren. He was a loving husband to his wife of twenty-five years, Sheree, and a loving father to his daughter, Amanda, his son, Jacob, and his daughter, Lisa Chandler (Gordie Rhodenizer). Also left to mourn his passing are his sisters, Alethia (Mick,dec.) Keating and Laura Chandler,(Dave Hanley dec.), his grandchildren; Glen, Jessie, Anthony, Kaitlyn, Ryan, Olivia, and Briar, his great-grandchildren; William, Chelsea and Logan, his niece, Pam, and his nephews; Kenny, Tony and Tim.  He was pre-deceased by his son, Craig, his grandson, Kyle, his younger brother, Walter, and his oldest son, Jeffrey.

Offer Condolence for the family of Chandler; Aubrey Lawrence