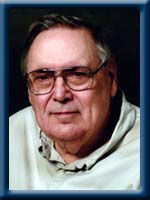 Born in Halifax, he was the second son of the late J. Ross and E. Phyllis (Jones) Byrne.

Hugh made a living first at Bowater Mersey Paper Company, then a short time at the Shelburne Vocational School, later moving on to become a London Life Financial representative for 15 years and finally as a restaurant owner/operator in Liverpool for five years.

Hugh’s life revolved around his family and friends and his many interests. He was a true outdoorsman and conservationist, spending his early years camping, canoeing and fishing with his family. From there began a long and decorated association with the Boy Scouts of Canada spanning from his teens to 1990. He graduated with a B. Comm. from Kings College, where he was Class President. He truly enjoyed the arts, particularly singing. He lent his beautiful baritone voice to many local groups and choirs, notably the Liverpool Barbershop Quartet and most recently at the Harbour View Haven Christmas festivities. He volunteered with many other groups including the Kiwanis, Knights of Columbus and St. Gregory’s church.

His standing joke was that he was busier in retirement and that was indeed the case. He was always an avid reader with Kipling being among his favourites. He took up water colour painting and returned to small boat modeling, spending much time with the South Shore Ship Modelers Guild. He also spent many hours on the family tree, gathering a large amount of information, while forging new relationships along the way.

It was hard for him leaving Liverpool but Lunenburg quickly became a second home where he reunited with old friends and made new ones. His family would like to express sincere thanks to the exceptional staff at Harbour View Haven as well as Queens Home Support on whom he relied while living in Liverpool.

He was predeceased by his infant brother Thomas Hugh and his brother E. Michael.

Cremation has taken place under the direction of Chandlers’ Funeral Home, Liverpool. Funeral service will be Friday, March 8th, 2013 at 11:00 a.m. from St. Gregory’s Catholic Church. Father Keith Billard officiating. A private family interment will be held at a later date. No flowers by request. If desired, donations may be made to Nova Scotia Heart Fund or the CNIB. Online condolences may be made to www.chandlersfuneral.com

Offer Condolence for the family of Byrne; Thomas Hugh Ross