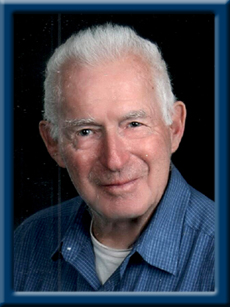 It is with great sadness that the family of Reigh Bustin of Broad Cove, NS announce his sudden and peaceful passing at home on November 11, 2020.
Reigh was born in Yarmouth, NS, a son of the late Charles and Vera (Hiltz) Bustin.
He attended Mt.A University and later became a chartered accountant. He loved being surrounded by his family and many friends and enjoyed tennis, skiing, curling, bocce and travel.
He is survived by his wife of 67 years, Marion (nee Denton of Brier Island, NS) and two children, Susan (Douglas) Buis of Kamloops, BC and Peter (Holly) of Halifax. He was also much loved by his grandchildren Dan, Miles, Anna, Kate , Matt and John and great grandchildren Olivia and Gwyneth.
Besides his parents, Reigh was predeceased by his daughter Janice Doull and his brother John.
Cremation has taken place under the direction of Chandlers’ Funeral Home, Liverpool, NS. A private family funeral service will be held at a later date. Online condolences may be made to www.chandlersfuneral.com

Offer Condolence for the family of Bustin; Gerald Reigh