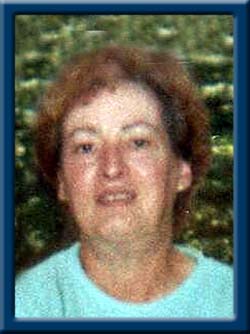 BURGESS – V. Alice, 83, of Liverpool, passed away peacefully in Queens General Hospital, Liverpool on Sunday, June 19, 2016.
Born in Liverpool, she was a daughter of the late Harris and Hazel (Wolfe) Whynot.
Alice was a former home support worker for a number of years. In her spare time, she enjoyed camping and was an enthusiastic hobbyist; knitting, sewing, crocheting and tailoring.
She is survived by her daughters Janet White of Liverpool, Brenda (Gordon) Bowers of Port Mouton; step daughter Pamela (Keith) Stuart of Milton; sons Phillip (Belinda) White of Mississauga, ON; David (Pat) Whynot of Brampton, ON; stepsons Philip (Sylvia) Burgess of Vancouver, BC; Barry (Sandi) Burgess of Courtney, BC; a number of grandchildren great grand children and step grandchildren and step great grandchildren; sisters Dorothy Pyke of Dartmouth; Carol Penny of Port Mouton.
She was predeceased by her first husband Charles White; her second husband Brad Burgess; sons William and Brian; sisters Audrey Nauldrett and Gala Hanson; brother Murray.
Cremation has taken place under the direction of Chandlers’ Funeral Home, Liverpool. At Alice’s request, there will be no funeral service. No flowers by request, donations may be made to a charity of your choice. Online condolences may be made to www.chandlersfuneral.com

Offer Condolence for the family of Burgess; Verna “Alice”