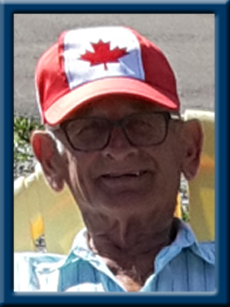 BURGESS – Milton G., 80, of Port Mouton, Queens County, passed away peacefully in Queens General Hospital, Liverpool, on Monday, March 23, 2020.
Born in Southwest Port Mouton, Queens County, Milton was a son of the late Gilbert and Frances (Bowers) Burgess.
Milton was a life long commercial fisherman working on the west coast until 1980 then returned home to Port Mouton to fish with his brother Gerald until his retirement in 1998. Milton enjoyed playing pool with the guys, go mackerel fishing, hunting, watching baseball and curling. He also enjoyed going for drives to look for deer and playing Kingo Bingo. He loved to spend time with his family especially his grandchildren and his “fur grandbaby”, Jessie.
Milton is survived by his wife of 50 years, Syvilla (Roy), his daughter Patty Burgess (Hugh Daury) of Southwest Port Mouton, his son Shawn Burgess (Patty Huskins) of Dartmouth; his grandchildren Makenna Burgess (Reggie Sceeles) of St. Stephen, NB and Jayden Burgess (Holly Cross) of Bridgewater. His brother Berlye of Port Mouton.
Besides his parents, Milton was predeceased by his infant daughter Kimberley, his sister Milda Daury and his brothers Spencer, Gerald, Randall and Leon.
Cremation has taken place under the direction of Chandlers’ Funeral Home, Liverpool. At Milton’s request, there will be no service. No flowers, donations may be made to the Canadian Cancer Society. Online condolences may be made to www.chandlersfuneral.com
Milton’s family wish to thank the Palliative Care team, Dr. Blackadar and the nurses on Medical floor of Queens General Hospital for all the care Milton received.

Offer Condolence for the family of Burgess; Milton Gary