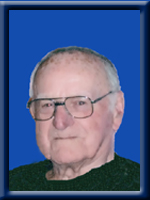 Born in South West Port Mouton, he was a son of the late Arthur J. and Effie J. (Roy) Burgess.

Visitation will be held Friday, December 31st, 2010, from 7-9 p.m. and a Funeral Service will be held Saturday, January, 1st, 2011, at 2:00 p.m., both from Chandlers’ Funeral Home, Liverpool. Reverend Bethe Benjamin-Cameron officiating. Burial will be in South West Port Mouton Cemetery. Family flowers only. Donations may be made to the South West Port Mouton Cemetery, Port Mouton United Church or to a charity of your choice. Online condolences may be made at www.chandlersfuneral.com

Offer Condolence for the family of Burgess, Lockie MacKay