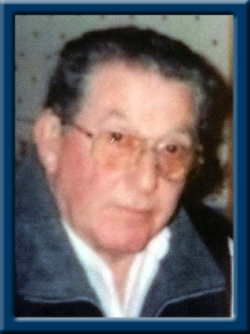 BURGESS – Lawrence Edward, 80, of Brooklyn, Queens County, passed away peacefully in Queens General Hospital, Liverpool on Thursday, July 21, 2016.
Born in Port Medway, Queens County, he was a son of the late Austin and Gertrude (Baker) Burgess.
Lawrence was co-owner and operator of Medway Fisheries Ltd., Port Medway. He loved the outdoors, fishing, hunting, camping and 4-wheeling. Lawrence’s favorite time of year was dipping kayaks on the Medway River. In the fall, he enjoyed moose hunting. He loved his family and his cats.
Lawrence is survived by his wife of 28 years, Shirley (Harding); his daughters Heather (Stephen) Whynot of Brooklyn; Lynn (Peter) Foster of Brooklyn; Jacquie of Pleasantville; Stephanie (Michael) Robar of Cambridge, NS; his son Chris (Kathy) of Mill Village; his step-daughters Judy Hanf of Yarmouth; Mary Lou (Vincent) Goreham of Woods Harbour; Lisa (Wayne) Thibeault of Rockville; his step-son Scott (Holly) Hanf of Brazil Lake. Nine grandchildren, four great-grandchildren, 11 step- grandchildren and 4 step great-grandchildren. His sister Shirley Haughn of Bridgewater and his brother Howard (Madeline) of Mill Village.
He was predeceased by his first wife Louise (Lloyd) and his half-brother Brad.
Cremation has taken place under the direction of Chandlers’ Funeral Home, Liverpool. At Lawrence’s request, a private family graveside memorial will be held at a later date. No flowers. Donations may be made to a charity of your choice. Online condolences may be made to www.chandlersfuneral.com

Offer Condolence for the family of Burgess; Lawrence Edward