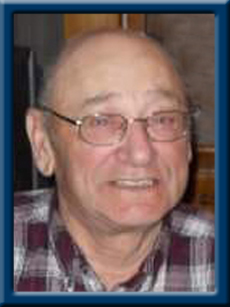 Burgess – Gerald Edwin, 86, of Southwest Port Mouton, Queens County, passed away peacefully in Queens General Hospital, Liverpool on Friday March 15th, 2019.
Born in Southwest Port Mouton, he was a son of the late Gilbert and Frances (Bowers) Burgess.
Gerald was a self employed fisherman all his life. He loved hunting, fishing and spending time with his family especially his grandchildren and great grandchildren.
Gerald is survived by his wife of 65 years, Fallie (Fisher); his daughter June ( Ronald) Smith of Western Head; sons Reginald (Glenda) of Kelowna, B.C.; Glenn (Amy) of Hunts Point. Grandchildren Leanne, Bradley, Amber, Jeremy, Adam, Jerry, Andrew, Deidra and Meghan; Great grandchildren Caillum, Ainsley, Carys, Arwyn and Jordan; brothers Beryl of Port Mouton, Milton (Sylvilla) of Southwest Port Mouton.
Gerald was predeceased by his daughter Gail Fisher, his infant son Donald, his sister Milda Daury, his brothers Randall, Leon and Spencer.
Cremation has taken place under the direction of Chandlers’ Funeral Home, Liverpool, N.S. At Gerald’s request there will be no funeral service. No flowers. Donations to any charity. On line condolences to www.chandlersfuneral.com.

Offer Condolence for the family of Burgess; Gerald Edwin