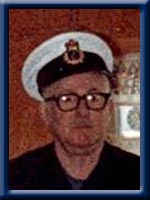 Born in Southwest Port Mouton, he was  a son of the late Austin and Eva (Burgess) Burgess.

Brad was a former employee with Markland Shipping Company for five years. He also sailed aboard the gypsum boats  out of Hantsport. He served with the Canadian Coast guard for over 20 years until his retirement in 1985.

Bradford was predeceased by brothers Ellsworth and Desmond.

There will be no visitation or funeral service at Bradford’s request. No flowers by request. Donations may be made to any charity. Online condolences may be made to www.chandlersfuneral.com.

Offer Condolence for the family of Burgess, Bradford