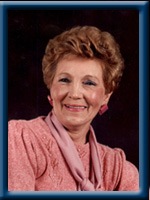 BUCHANAN – Gertrude Anne, 75, of Liverpool, Queens County, passed away peacefully in Queens General Hospital, Liverpool on Saturday, October 1st, 2011.
Born in Barrington, she was a daughter of the late John and Mary (Williams) Buchanan.
Gertrude enjoyed her family, especially time with her grandchildren and friends. In her earlier years, she worked as a caregiver in Liverpool and surrounding area.
She is survived by her daughters: Ann (John) Pineo of Liverpool, Nancy (Art) Sweeney of North Brookfield, Bonnie (Gordon) Wong of Liverpool, Christine (Rodney) Knox of Port Joli, Paula Frelick of Hunts Point. Her son John of Liverpool. 7 grandchildren and 7 great-grandchildren. Her sister Rose Mosher of Liverpool and sister-in-law Ann Buchanan of Liverpool.
She was predeceased by sisters Elsie McMahon, Etta Moulton, Agatha “Gay” Walshe. Brothers Lawrence and Willard.
Cremation has taken place under the direction of Chandlers’ Funeral Home, Liverpool. A private family committal will take place at a later date in Trinity Anglican Cemetery, Liverpool. No flowers. Donations may be made to the Canadian Cancer Society. Online condolences may be made to www.chandlersfuneral.com.

Offer Condolence for the family of Buchanan; Gertrude Anne