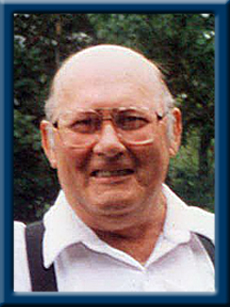 BROWN – Riley J., 85, of Mersey Point, Queens County, passed away peacefully on Wednesday, August 1, 2018 in Queens General Hospital, Liverpool.
Born in Upper Chelsea, Lunenburg County, Riley was a son of the late Aubrey H. Sr. and Hattie R. (Uhlman) Brown.
A hard worker all his life, Riley worked in the woods hauling logs with his brothers-in-law and a horse named Grace. Riley worked as a mason most of his life, from Ontario east to Nova Scotia, his brick and block work graced many houses, schools and buildings as well as working for the former Bowater Mersey Paper Company Limited retiring in 1994.
He was an avid hunter and fisherman; many of his stories were of his trips to North Mountain in Truro and on the Medway River salmon fishing. After Riley retired he became a part-time resident at Bear falls during kayak season until his health began to fail.
Surviving are his daughters Shelley Roy of Mersey Point; Doreen Brown (Stephen Whynot) of Brooklyn and his son Matthew (Sara-Beth MacLeod) of Liverpool. His grandchildren Quincy Brown and Ethan, Evan and Emily-Rose MacLeod. His sisters Audrey McKinnon of Mill Village and Marilyn Fisher of Bang’s Falls. His brother Aubrey Jr. of Chelsea.
Riley was predeceased by his wife Belva (Boland) and his brothers Harold Uhlman and Roland Brown as well as his son-in-law Scott L. Roy
Cremation has taken place under the direction of Chandlers’ Funeral Home, Liverpool where visitation will be held Monday, August 6, 2018 from 7 until 9 p.m. with a prayer service being said at 8:00 p.m. all in Chandlers’ Funeral Chapel. No flowers by request, donations may be made to Queens S.P.C.A. Online condolences may be made to www.chandlersfuneral.com

Offer Condolence for the family of Brown; Riley Josiah