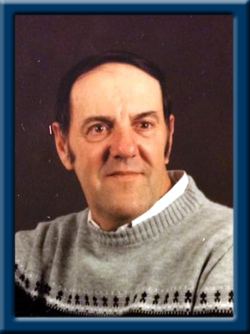 BROOME – Gordon Eugene “Gene”, 88, of Port Mouton, Queens County, passed away peacefully in Queens Manor, Liverpool on Wednesday, December 7, 2016 with his family by his side.
Born in Port Mouton, he was a son of the late Orlando and Naomi (MacLeod) Broome
Gene was a fisherman for more than 70 years. He loved spending time with his family, playing music, especially the fiddle and was very fond of his pets, most notably his cats. He also enjoyed camping, hunting, trout fishing and a good game of whist.
He is survived by his wife of 61 years Hazel (Conrad); his son Richard (Mariann) of Port Mouton; grandsons Alan (Heidi) of Cambridge and Scott of Summerville.
He was predeceased by his sisters Opal Bowers and Eva Williams and his brother Avery.
Visitation will be Friday, December 9, 2016 from 7 until 8 p.m. with a prayer service beginning at 8:00 p.m. both in Chandlers’ Funeral Chapel, Liverpool. A private family committal will take place at a later date as well as a celebration of Gene’s life. No flowers by request, donations may be made to Queens SPCA or Queens Victorian Order of Nurses. Online condolences may be made to www.chandlersfuneral.com. The family would like to thank Dr. Blackadar, VON Mary Lowe and the staff of Queens General Hospital and Queens Manor for their kind and compassionate care.

Offer Condolence for the family of Broome; Gordon Eugene “Gene”