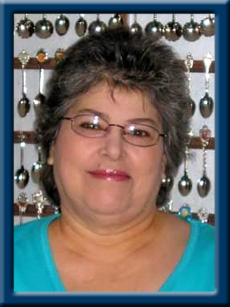 BROOME – Daisy P., 71, of Port Mouton, Queens county, passed away Wednesday, April 13, 2022.
Born in Port Mouton, Daisy was a daughter of the late John Sr. and Etta (Roy) Williams.
Daisy worked as a fish processor as well as did housekeeping for Quarter Deck. She enjoyed bingo, playing darts and cards in her younger years.
Daisy is survived by her husband of 53 years, Philip; her grandchildren Ashley (Nick) Uhlman and Brandon. Her great grandchildren Jackson, Tamara and Jordan. Her sister LaDonna Williams (Scott Leblanc) of Hunt’s Point, her brothers Stephen (Linda), John Jr. (Elaine) and Kevin (Peggy), all of Port Mouton, Michael (Chelsea) of Oshawa, ON, Larry (Marlene) of Dartmouth and Wade (Marjorie) of White Point. Her extended family Betty Lou, Isabel, Emily and Rhonda.
Besides her parents, Daisy was predeceased by her infant son Philip Michael Jr., herbrother David and her special friends Blanche and Sherry.
Cremation has taken place under the direction of Chandlers’ Funeral Home, Liverpool, NS. A memorial service will beheld Wednesday, April 20, 2022 at 11:00 a.m. in Chandlers’ Funeral Chapel, Liverpool where visitation will be held from 10:00 until service time. No flowers, donations may be made to the Canadian Diabetes Association or to a charity of your choice. Online condolences may be made to www.chandlersfuneral.com
Live streaming of Daisy’s service will be available at service by clicking the link above.

Offer Condolence for the family of Broome; Daisy Patricia