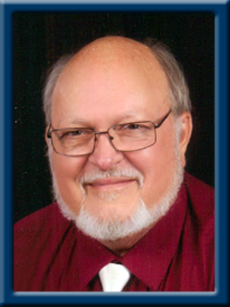 BRISTO; RICHARD ALDEN at the age 73 years passed peacefully with his loving wife of over 50 years at his side. Richard’s desire was to share God’s love and joy while delighting in everywhere that his journey through life took him. Born in Brantford, Ontario to the late Alden & Velma (Bowerman) Bristo, Richard was ever the adventure seeker, he was a pioneer at ice road trucking and later at helicopter logging as well as owner-operator of a heavy rescue tow truck which he, himself, constructed before God’s call led him into ministry. He pastored for 38 years in churches from the West Coast on Vancouver Island to the East Coast on Nova Scotia’s South Shore and Bow Island, Medicine Hat & Edmonton, Alberta in between. After retiring, he discovered the joy of cruising with Susan to many countries across both the Atlantic and Pacific Oceans.  “Well, I’ve never been here before!” was frequently on his lips.  Richard and Susan enjoyed camping and Richard was a volunteer campground host for Nova Scotia Provincial Parks.
Richard is lovingly remembered by his wife Susan (Elliott); son Matthew Bristo of Vancouver BC & daughter Mavis Aubichon of Cumberland B.C, grandchildren Brody & Ayrienna MacGregor & Jaidin Aubichion, He is also survived by his brother Dudley (Carolyn) Bristo, sister Joy (Don) Archer, nephews Kerry (Marion) Bristo, Shawn, Tyrone and Matthew Bristo & nieces Sharleen (Richard) Gatecliffe & LoriAnne (Ted) Dier all of Ontario.
He was predeceased by his brother David Bristo & infants: brother Charles and grandson Jade.
Cremation has taken place under the direction of Chandlers’ Funeral Home, Liverpool. A celebration of life will be held Wednesday, December 9, 2020 at 2:00 p.m. in Bridgewater Baptist Church. Doors will be open at 1:15 for registering as per COVID-19 precautions. All those attending are requested to bring their own mask, practice social distancing and hand sanitize. In lieu of flowers, donations to the Queens General Hospital Auxiliary, the Food Bank or a local  Baptist church would be appreciated. Please share your memories & condolences to www.chandlersfuneral.com

Offer Condolence for the family of Bristo; Richard Alden