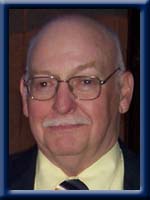 Born in L’Ardoise, Cape Breton and grew up in Grand River, Cape Breton, he was the son of the late Joseph & Margaret (MacIsaac) Briand.

Joe was a crane operator by trade and worked on various construction sites and spent the majority of his career working on the offshore drilling rigs. He also drove bus for Acadian Lines. He lived in Dartmouth for many years where he raised his family and has lived in Liverpool the last 16 years.

Besides his parents he was predeceased by his sister Bernadette (Bob) Warwick.

Cremation has taken place under the direction of Chandlers’ Funeral Home, Liverpool where visitation will be Sunday, January 29th, 2012 from 7 until 9 p.m.. Funeral service will be Monday, January 30th, 2012 at 2:00 p.m. in St. Gregory’s Catholic Church, Liverpool. Father Brian Murphy officiating. Burial will be in Trinity Anglican Cemetery, Liverpool. In lieu of flowers, donations may be made to the Canadian Diabetes Association. Online condolences may be made to www.chandlersfuneral.com

Offer Condolence for the family of Briand; Joseph Arthur