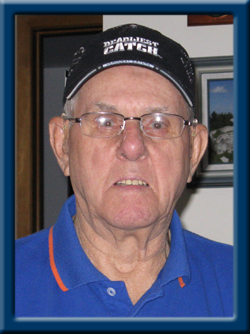 Brewster, Herbert W, 83, of Liverpool, passed away at Queens General Hospital on August 1, 2015 with loved ones at his side.
Born in Brooklyn, he was a son of the late Herbert Sr. and Lucretia (Meisner) Brewster.
Herb retired from Bowater Mersey Paper Company in 1990, where he worked since he was a teenager. In his free time over the years, he was an avid hunter, angler, golfer, and curler, a Scout Leader, and a member of community organizations including the Lions Club, the Masonic Lodge, and the Brooklyn Marina. In his golden years, he enjoyed walking, traveling to the USA, and socializing over coffee at Tim Horton’s. Above all, Herbert enjoyed the glee that children, especially his grandchildren and great-grandchildren, brought into his life. He was a devoted son, husband, father, brother, uncle, grandfather, partner and friend, and he will be missed by many.
He is survived by his daughters, Becky (Michael) Gibson, Betty Anne (Richard) Keddy, and Brenda Lee Brewster-Potter; grandchildren Michael Gibson Jr. (Tanya Whynot), Terra-Anne Gibson (Walter Whynot), Drake Keddy (Monica Atkins), and Megan Keddy (Adam Roach); great-grandchildren Michael Gibson III, Jada & Willow Keddy, MacKenzie Roach, and Kayleigh & Gabe Whynot; brother Albert (Ellen) and sister Margaret (Dennis Alexander); and his special companion of 13 years, Virginia Fox.
Herbert was predeceased by his wife of 46 years, Lorraine; sisters Kay, Mildred and Arnoldine; and brothers William, Edward and Alfred.
A memorial service will be held on Saturday, August 8 at 11 am in Trinity Anglican Church, Liverpool. Reception to follow at Trinity Anglican Church Hall. No interment and no flowers by request. Donations may be made to the Canadian Cancer Society, the Children’s Wish Foundation, or a charity of choice.

Offer Condolence for the family of Brewster; Herbert