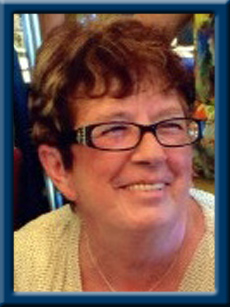 Isabel Mae Bowers-Rhyno, 68, of Labelle, Nova Scotia, passed away suddenly on the 13th of June 2022.
She was born to parents Blanche and Ronald Bowers of Port Mouton, on the 14th of June 1953 in Liverpool, Nova Scotia.
Isabel was a familiar face at Lane’s Restaurant in her younger years after she worked as a fish processor in Port Mouton. The last of her working career was spent at Cargill in Guelph, Ontario. She deeply enjoyed fishing during family houseboat vacations and road trips with her daughter Jacqueline, and also was a lover of the nature and wildlife that surrounded her little cottage in the woods. Her infectious laughter will be deeply missed as she joins her fur baby Cali and all those she loved who await her on the other side.
Isabel is survived by her children; Ronnie (Tessa and Connor), Kimberly (Brittany and Katie), and Jacqueline. Isabel also had two great-grandchildren by Brittany, Koraline and Finley. Her sisters; Betty (Vinal) Smith, Emily (Rex) Roy, and Rhonda (Matthew) Collins .She will also be dearly missed by the Rhyno family, including her step-children and grand-children, as well as her close friend Mary Ann Jollimore. Isabel also loved and cared for many others as her own including LaDonna Williams, Marla Sexton, Alex Bendfeld and many other non-biological grandchildren across Nova Scotia and Ontario.
She was preceded in death by her husband, Richard Rhyno, who was her high school sweetheart and love of her life, as well as her sister Sherry Veinotte and dear friend Daisy Broome.
Cremation has taken place under the direction of Chandlers’ Funeral Home, Liverpool.
Online condolences may be made to www.chandlersfuneral.com

Offer Condolence for the family of Bowers-Rhyno; Isabel Mae