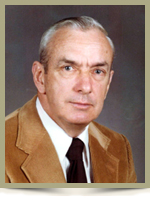 Bowers, Mac Tupper, 90, of Liverpool, Nova Scotia, passed away peacefully on Saturday, December 28th, at Queens General Hospital, Liverpool. Born in Liverpool, he was the only son of the late Frank “Todd” and Elsie (Whynot) Bowers. Dad lived in Liverpool his entire life. He was a gentleman, sportsman and most of all a wonderful husband, father, grandfather and most recently a great grandfather. Dad served with the Royal Canadian Navy during WWII with the Convoy Ships. He had a long career with Bowater Mersey Paper Company, retiring as paper mill superintendent after 62 years. Dad enjoyed many types of sports and excelled at most. Some of his proudest accomplishments were the years he played with the Liverpool Larrupers baseball team and where he was given the nickname “Slugger”. He was a past member of the Liverpool Curling Club and the Liverpool Golf and Country Club. Many happy hours were spent on the lakes and rivers fishing and in the forest hunting with his “pals”. Dad also enjoyed spending time at his camp on the Medway, the Govenor’s Inn, that was built by he and his dad. But above all, it was his family that mattered most. He was devoted to his wife Louise and very proud of his children and their families. His wonderful stories of his life’s adventures will always be in our memories. He was predeceased by his wife Louise (Donkin) Bowers. He is survived by daughters Cathy Bowers (Gordon Marshall), Anne Bowers, both of Liverpool; grandchildren Trevor Kelley, of Edmonton, Craig Kelley, of Victoria, Blair (Keri )Kelley, of Victoria, Carolyn Marshall (Brad Touesnard ), of Milford; great grandsons Mac and Max. Cremation has taken place under the direction of Chandlers’ Funeral and Cremation Service, Liverpool. There will be no funeral service by request. A “family get together’ will be held at a later date. No flowers by request. Donations may be made to the Queens General Hospital Foundation or to the Liverpool Curling Club. Condolences may be made to the family at www.chandlersfuneral.com

Offer Condolence for the family of Bowers; Mac Tupper